Migrating From Angular JS to Angular

Migrating from one programming language to another isn’t something that always goes smoothly. That’s especially true for Angular JS. While robust, the framework remains relatively new. However, now that Google has released several successors – including Angular 2 through Angular 5 – many people attempt to decide the best course of action to migrate their Angular JS application.

This article describes several best practices everyone should follow during migration from Angular JS to Angular. 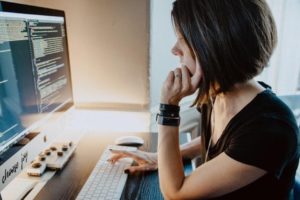 Best Practices When Migrating From Angular JS to Angular

Start with the Newest Version for New Projects

Encouragingly, Google has been pushing developers to start with Angular. The upgrade path from 1 -> 2+ has not always been the smoothest, but Google’s goal is to make it much more accessible for users to update their clients to the latest version.

Google has done a reasonable job of making this rewrite as easy as possible by maintaining support for two frameworks at once. Still, users are strongly encouraged to migrate their applications before starting with Angular 2+ or risk getting stuck on the old version for years.

What Best Practices Should People Follow When Migrating from Angular JS to Angular?

Depending on the size of your application, the amount of effort required to upgrade to the newest version of Angular could vary widely. However, several guidelines are worth following:

If not, they may cause errors when Angular changes its behavior. Keep sight that it’s not uncommon for a platform change to break production software, so it’s crucial to read about deprecated functions and other minute details before upgrading.

How Much Time Will Migrating My Application Take?

Angular JS is known for its simplicity. However, the newer versions of Angular are more powerful and more complex.

Anyone working on a large project will want to deploy new versions on their development cloud-first. Although trouble is not a usual occurrence for a migration like this, why risk breaking something on a live application? Most people will complete the migration in under one hour, depending on file sizes and application complexity.

The Benefits of Dealing with Open Source Migrations

One primary benefit of using large, open-source projects like Angular is that their large communities produce many learning materials. Self-learners should have no trouble finding detailed help on migrating to the latest version of Angular JS from Angular. Tons of third-party providers can also help anyone who wants outside migration help.

It’s worth reading all the release notes for the version you plan on migrating to so that you can avoid unpleasant surprises.

COMMON MISCONCEPTIONS ABOUT IT PROJECT CONSULTING

USING NEARSHORE IT AS A SOLUTION TO TECHNICAL DEBT