As a programmer, you may be wondering whether to develop for iOS or Android. Of course, both platforms have pros and cons so the decision can be challenging. Let’s compare and contrast the two systems to help you make the best decision. Developers gain access to nearly every phone user in North America between the two.

iOS is an operating system and app development environment by Apple for use on iPhones, iPads, and iPods. Android is from Google and is an Open Source O/S popular on various phones and tablets, which powers many of the world’s most popular apps. iOS was the first smartphone operating system to reach wide popularity and sports a large and faithful userbase.

These two behemoth operating systems are the primary competitors in North America for mobile operating systems. iOS is ahead of Google, with around 53% of the market, and Android is closely behind.

As it applies to apps, Android has much more available than iPhone, which reviews each submission carefully before publishing it to their app store. However, both systems have quality controls in place, so familiarizing your team with those is a significant step towards moving forward.

iOS has a more polished and refined user interface than Android. It’s generally easier to use and has a more consistent look and feel across devices. Android offers more flexibility and customizability, allowing for greater personalization.

Ideally, developers should attempt to connect with the userbase they most affiliate with to tap into the app store. However, anyone who wants to reach  Apple’s lucrative userbase will need to create iPhone apps to connect with people using their technology.

The decision for programmers about which platform to use will come from analyzing their potential gains from entering the market. iPhone and Android users have fundamental differences, and so do programming apps for each of them. Unfortunately, the two aren’t compatible, so a programmer has to choose one or develop and maintain versions for both. Deciding to do that will require a doubling of your efforts, so only do so when it can return a profit. 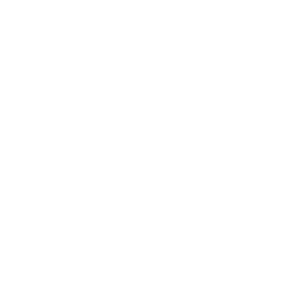 Your team may already have a choice or experience with one mobile operating system. Whether to develop for iOS or Android will come down to a programmer’s individual needs and preferences. Consider the fundamental differences and how they will impact your work and project.

Naturally, some companies may prefer to develop for both platforms. Of course, that’s more expensive and requires more extensive work, but it’s an option when you want to cover all your bases.

Develop a mobile operating system and decide on your course of action. Security, popularity, ease of use, total costs, and access to education resources must get factored into your decision. Ask trusted colleagues for recommendations, but keep in mind. Both systems have tons of critics and fans, and nearly every discussion could turn acrimonious!