How Is Python Used to Conduct Data Analysis?

Python is a powerful programming language widely used in many industries today. Python is especially popular for data analysis and scientific computing. This article will discuss how you can effectively use Python to conduct data analysis.

One of the most popular Python data analysis libraries is Pandas. Pandas provide many functions for manipulating and analyzing data. For example, programmers can use pandas to calculate summary statistics, create new variables, and even visualize data.

Python Is a Preferred Tool for Data Scientists

By all accounts, Python is an excellent language for data analysis. The programming language and syntax are easy to learn and have robust data analysis, machine learning, and statistical computing libraries available for people to leverage.

Python is perfect for data analysis because of its versatility and readability. Python is a high-level, interpreted language that’s easy to learn. Some people call Python code “pseudocode,” meaning it’s easy to read and understand. Python is also cross-platform, meaning that it can run on any operating system.

Python’s popularity for data analysis is generally attributable to its libraries. These libs bring in additional functionality to extend the core capabilities of the programming language.

Python helps with everyday server housekeeping tasks, including data cleaning, munging, modeling, and forecasting. As a result, it is a favorite for server admins, DevOps personnel, programmers, and researchers alike. 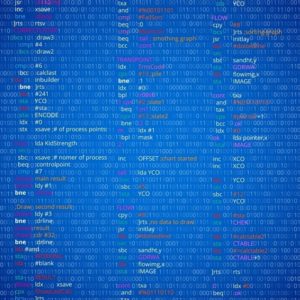 Python’s libraries are easy to use and well-documented. For example, the pandas’ library is used for data manipulation and analysis, while the Matplotlib library produces data visualization. Working together, they add a new dimension to data collection and research.

Leverage the Power and Extensibility of Python for Data Analysis

Python is a high-level programming language that is easy to learn and read. Due to this, it’s an excellent option for beginners to learn how to code, especially compared to learning other program languages, including C++ or Java.

Access to modules and libraries shortens the learning curve and empowers programmers of all experience and skill levels to complete complex tasks efficiently.

Python needs a compiler, interpreter, libraries, and modules to run to operate efficiently. However, due to this simplicity and elegance, it makes it easier for programmers to debug their code and test the results of their program.

Libraries are collections of functions grouped to form a single module. They often get used in conjunction with other libraries or modules to provide more functionality for the programmer.

Learning Python is more straightforward than other languages with simple syntax and few rules. That makes Python a trendy and pragmatic choice for data analysis.

Many third parties have helped bring Python to its current standard by contributing to the core project and developing third-party libraries with extended functionality.

For example, Wes McKinney, a data scientist, developed the pandas’ library. Google Brain Team brought the TensorFlow library to the world. Scientists and data analysts use these libraries to conduct research and analyze data.

Many online resources can help you get started with Python for data analysis. For example, the official Python website has a tutorial that covers the basics of the language.

In addition, you can find multiple online resources to help you get started with Python. From tutorials, documentation, and online courses, with these resources, you can learn the basics of Python and use it for data analysis and other applications. Once you do, you’ll join the growing ranks of people who rely on the language to complete complex tasks and data analysis.